Beauty and The Beast and The Greatest Circus 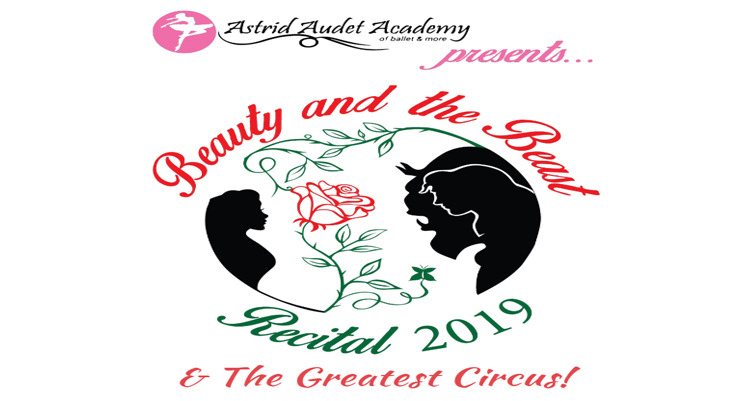 Once upon a time, in a faraway land, an Enchantress turns a cruel, unfeeling Prince into a hideous Beast. To break the spell, the Beast must learn to love another and earn her love in return before the last petal falls from an enchanted rose.

Many years later, in a small village far below the Beast's castle, a beautiful and intelligent young woman, Belle, yearns for adventure.  Gaston, the village brute, proposes to Belle, but to the dismay of the Silly Girls, who fawn over him, Belle turns Gaston down. In the village tavern, Lefou and the Villagers try to lift Gaston's spirits. When "crazy old" Maurice barges in, claiming that he has seen a Beast, Gaston and Lefou form a plan to win Belle.

Belle enters the Beast's castle after he imprisons her father Maurice. With the help of his enchanted servants, Belle begins to draw the cold-hearted Beast out of his isolation. During Belles stay she meets Cogsworth & his clocks, Lumiere & his little Lumiere, Ms. Potts & her tea cups, and all the feather dusters, along with all sorts of fun foods & goodies.

In the forest, Belle is attacked by wolves. The Beast comes to her rescue but is injured in the process. Having a change of heart, Belle helps the Beast back to the castle. The servants recognize something different between Belle and the Beast and express their hope that the spell may soon be broken.

Jealous of Belle's affection for someone else, Gaston whips the villagers into a frenzy. They storm the castle to kill the Beast. While the servants defend the castle from the villagers' attack, Gaston confronts the Beast. Belle arrives and tells the dying beast that she loves him, which breaks the spell. The Beast transforms back into the Prince, the servants become human again, and they all live happily ever after.

In our Second act we will join the circus, and dance to the fantastic score from the Greatest Showman!

Come see the little lions, silly acrobats, Hip Hop animals from Madagascar, and even elephants! This performance will be full of wonder and excitement, as our Ring master leads you thought the greatest show!